Stand-up paddle boarding was one of the fastest growing sports in the U.S. in the last decade, thanks in part to new inflatable technology. While surfers were known to use their boards while standing up as far back as the 1940s, actual stand-up paddle boards (SUPs) were not widely manufactured until the early 2000s. The first SUPs, made from foam covered in fiberglass, were labor-intensive to manufacture and therefore expensive for consumers.

Sea Eagle Boats Inc., Port Jefferson, N.Y., has designed inflatable boats
since 1968, but according to partner John Hoge, the technology to make inflatable SUP production practical is a recent development.

The existence of inflatable paddle boards is due to advancements in drop-stitch technology, Hoge says. Inflatable SUPs are made from an airtight fabric coating on the top and bottom, and between those layers of fiber mesh is a series of thousands of polyester threads connecting the layers.

“Previously, an inflatable structure had to be some kind of tube or ball to get the right air pressure,” Hoge says. “With today’s drop-stitch technology, you can make something flat, like a paddle board, and get air pressure at 15 PSI, so it’s extremely rigid. With traditional inflatables, you can only get 4 PSI or maybe 5 PSI at the highest.”

Other types of inflatable watercraft, such as canoes and kayaks, have also been growing in popularity, manufacturers say, especially as competition has driven improvements in quality and durability.

“There are so many good products out there you can’t really survive putting out a junk product,” says Dave Demaree, president and head designer at Demaree Inflatable Boats, which manufactures industrial-grade inflatable watercraft and related products in Friendsville, Md. “Fortunately, I’m pretty old school. I believe in making a product worth buying.”

Inflatable kayaks are slower on the water than rigid models, but they offer other advantages, says Hoge, such as better buoyancy, portability and self-bailing options. In addition, inflatables draw so little water they can go where many other vessels cannot. That’s a real advantage when someone is fishing and wants to check out a spot that’s too shallow for a bigger boat.

Demand isn’t limited to recreational users either. “The geophysics industry does a lot of surveys in shallow water, and inflatables tend to ground better than hard hulls,” Demaree says. “You bounce into something, you can bounce back off and not do damage to a hull or a crew, and continue to do your job.”

The price of inflatable boats is also a factor in their popularity, says Hoge. “Boating traditionally had a big blue-collar contingent, especially for fishing. You could buy a boat for a couple of thousand dollars in the 1980s and have a nice time fishing. That era is over, mainly because of the collapse of 2008—boats became vastly more expensive. Inflatables fill an important gap, and they’re bringing new people into the market.” 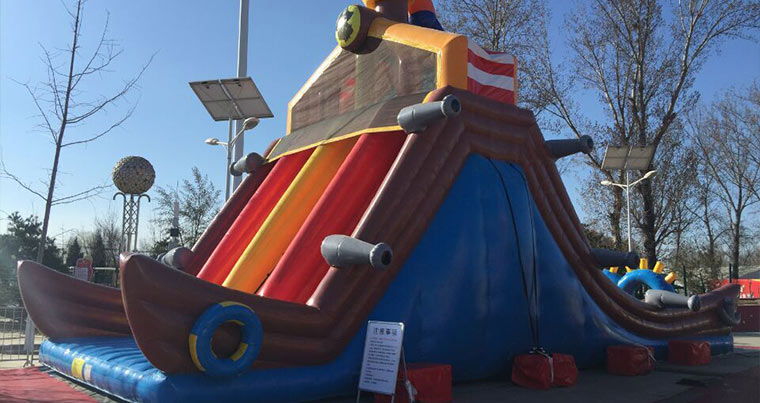